Are you really there for your toddler? 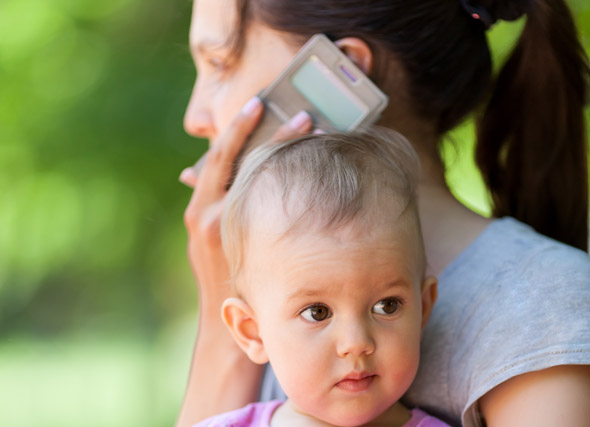 Recently it dawned on me that 20 years ago when my daughter was born there was no cell phone, hands free, voice mail, BBM, IPad –   you get the picture?

Has this changed the way we parent?  I think it has.  I watch parents clutching a toddler in one hand and the phone in the other.  Parents sit in a class and read their messages when they should be paying attention to their toddler. They are there but not in the moment. You see Dad pushing the little one on the swing, cell phone in one hand talking to someone. He’s not really there is he? What message is this sending to the toddler?

We then wonder why our toddlers are so needy, pulling at us, yanking on our arms, acting out to get attention. I am convinced it’s because we are paying less attention to them.  In fact recent research shows that people are spending at least 26% of their time on a device. Checking messages, checking emails, sending that message, which could just wait. We are all guilty, that phone beeps and we just burn to know who is on the other side. You never know, it may be important!

Have you noticed that toddlers want your phone and the remote more than anything else you have?  It’s because we show so much “affection” for the device. Holding it in our hands constantly, peering into it every five minutes or so.

Take the time now to show your toddler that he is the centre of your world. Turn your phone on to silent so you don’t hear the alluring beeps that command your attention. The message will still be there in an hour’s time.  Walks should be a time to explore in the safety of your company. You have so much to share with your toddler. Appreciate the fact that he still thinks of you as knowing it all.

If you are not engaging your toddler, really listening to him and paying attention to what he is saying now, when are you going to start?  When they are teenagers it’s too late to start listening.  You have lost the window of opportunity to really be there in the moment with them.  At thirteen he is not going to come to you with a problem if he never experienced you being there, really being there for him when he was little.

Sooner than later you will want to talk and he will be too busy talking to someone on the phone. And why not!  You weren’t there when he was.  So here is to a hands free Mommy and Daddy – one that takes the time to really be there in the moment.

Next Post
No more tears – the whys of cries