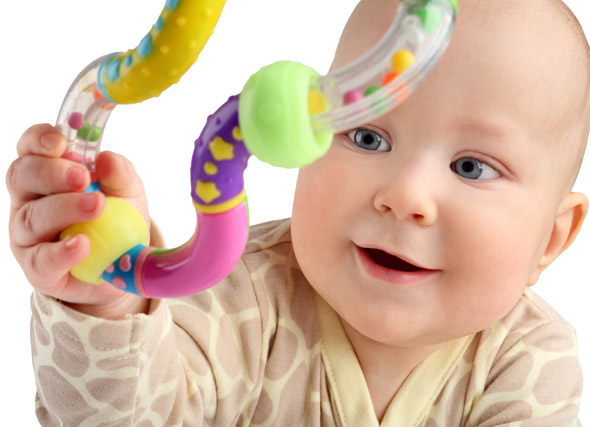 Why is our sense of touch so important?

The tactile system (or sense of touch) is one of the earliest to develop, and is also the largest sensory system. It comprises various receptors which allow us to feel light touch, deep pressure, texture, pain, and temperature. Its main function early in life is a protective one – allowing infants to feel pain or discomfort, for example, a wet nappy. It also guides them in feeding, as they use their sense of touch to locate the nipple for milk. The ability to process touch sensation within the mouth aids with sucking and later, with chewing and swallowing solid food.

Since our tactile system develops so early on, before the visual and auditory systems are well-developed, touch is the way in which babies initially make sense of the world around them. This starts with putting everything in their mouths in order to understand the properties of the objects e.g. size, shape and texture. Later on their hands begin to process tactile input in a more mature manner and from this they start to develop gross and fine motor skills.

The relationship between touch and bonding and emotional development in early life is also a significant one. It is essential for an infant to have physical closeness with his mother or caregiver so that he learns to form a primary attachment. Bonding also gives an infant his first feelings of himself as a physical body, and later allows him to develop his body scheme (awareness of his physical boundaries). This “boundary” that the skin provides, helps him to feel secure in the world around him.