The benefits of mouthing toys 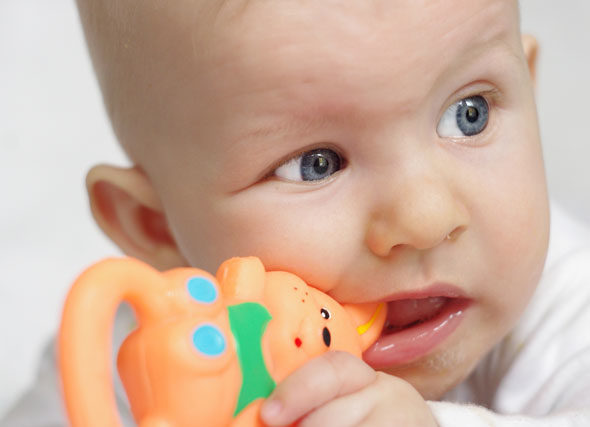 If you have found yourself horrified by what your growing baby or toddler are putting in their mouths – you are not alone! All children go through a mouthing phase, where they seem compelled to put things in their mouths. There are different reasons, benefits and downsides to this.

Making sense of their world with their mouths

Child development expert, Dorothy Einon has said that children who are younger than seven months can’t explore objects with their hands just yet. They can grab onto things, but that’s about it, no prodding, poking, squeezing, or stroking.

Instead, those little hands clasping toys and other objects go directly to the mouth. There’s a reason for this. Einon says a baby’s mouth has more nerve endings than any other part of the body. So if they really want to find out what something feels like, they put it in their mouths. Babies also have sensitive gag reflexes. That’s why you’ll see babies gagging as they try new foods with different flavours and textures. This reaction is also a natural way for them to avoid choking.

Teething is not a pleasant time for your little one. Parents will notice young children chewing on toys, books, clothing, and other items because the pressure gives their sore gums some relief. This type of behavior will stop after those teeth get through the gums. Giving teething children toys meant to be chewed on can help.

As children become more mobile, they will start using their hands to examine objects more often. However, their mouths still play a role in exploration.

Just about everything is brand new and interesting to younger toddlers. Between 4 and 24 months, it’s common for children to pop objects into their mouths. They’re curious, and they’re using all five senses to learn about their surroundings.

However, you should only expect this type of behavior up until two years of age, at which point toddlers begin exploring more with their hands.

Babies have the natural urge to suck, which is why dummies are so popular to keep your little one calm between feedings.

As they stop utilising their dummies, children may turn to other things in an attempt to soothe themselves. This is when thumb-sucking or nail-biting may begin. Other children might put their hair or clothing in their mouths.

While it’s not uncommon for toddlers to stick things in their mouths, it shouldn’t become a habit. By the age of three most children will stop using their mouths as a form of exploration and will be more interested in what toys and other objects actually do.

However, if your child continues to constantly put things in his or her mouth after two years old, it could be an oral fixation. If that is the case, it is important to monitor the situation and talk to your doctor.

Now that it is clear that having your young child mouths things is normal, giving them a safe and hygienic way to do it is key. This is what mouthing toys have been specifically created for. Make sure that you sterilise the toy regularly.