The Complete Guide to Sleep Regression 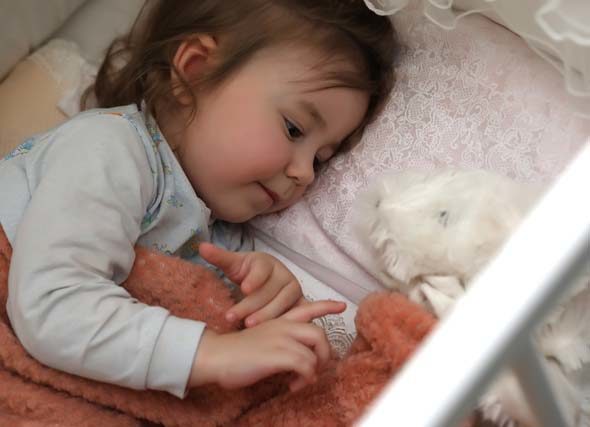 Sleep regressions can be difficult for you and your child. Here’s what you need to know about each.

What is a sleep regression?

As serious as it sounds, a sleep regression is merely a change in your child’s sleep pattern. Those changes in sleep patterns may include shorter naps, resisting bedtime, difficulty falling asleep, frequently waking at night, or having a tough go of it in general.

Unfortunately, sleep regressions can strike without warning. One week your baby is sleeping peacefully through the night, and the next week, everything has turned on a dime, and your little one is suddenly waking up sporadically and creating a fuss. The thing to remember, however, is that sleep is a dynamic process. The quantity and quality of your child’s sleep will continue to ebb and flow throughout his/her development.

How long do sleep regressions last?

When you’re deep in the weeds of a sleep regression, the lack of sleep can make it feel like it’s going on forever. Rest assured that just like everything else in your child’s development, this too shall pass. The good thing about sleep regressions is that they’re short-lived. Generally speaking, on average, sleep regressions can “be over” in as little as two weeks, while some can stretch out to as long as six weeks. It’s important, however, to understand that the length of a sleep regression often depends on what’s causing it in the first place.

While sleep regressions are normal, they can be triggered at various stages as your child progresses through his development.  Let’s take a look at a few common triggers.

Sleep regressions often coincide with developmental milestones. Very often, your child is busy discovering the world around her and learning new things. The excitement of learning to sit, stand, rollover, and walk can certainly affect her sleep.

During a growth spurt, babies often eat more frequently, and the younger ones will wake up during the night to do so. The frequent waking, in turn, disrupts your child’s sleep, leading to — you guessed it, a sleep regression.

If your child is uncomfortable or in pain, whether it’s from teething or some other illness, that will no doubt affect his/her sleep.

A change in schedules or routines can be disruptive to anyone, even adults. When it comes to your child, sleep regressions often occur when there’s a change to his/her schedule such as traveling, starting daycare, or even missing their afternoon nap (consistently).

Signs of a sleep regression

Common sleep regression stages include 4 months, 8 months, 12 months, 18 months, and 2 years. In the following section, we’ll take a closer look at each. However, one thing to keep in mind is that these are general time frames for when sleep regressions are most likely to occur. And just like many other milestones in your child’s life, they may not happen right on cue. Take the 4-month sleep regression, for example. Parents might begin to see signs of their child’s sleep regression as early as 3 months and even as late as 5 months.

So, if you’re ready to begin, let’s take a closer look at the various sleep regressions you can expect with your child.

The 4-month sleep regression is typically the worst of the sleep regressions and often the longest as well. The 4-month regression tends to last about 5-6 weeks, and during this regression, parents often find that their babies are more fussy and cranky than during later regressions. This regression may be particularly difficult because there’s a lot going on with your baby at the four-month mark. Profound changes in their brain development and physical development (i.e., rolling over, holding toys, reaching for objects, smiling, and understanding object permanence) may be likely catalysts for this sleep regression.

Keep on keeping on

At this stage, your child’s sleep cycle is only just beginning to form, and there’s relatively little you can do (not to be the bearer of bad news) to “fix” this regression. If your child has been rocked to sleep, nursed to sleep, or even co-sleeping, up to this point, it may be best to stay the course.

Any attempt to make a change at this juncture will only serve to compound the problem, and in the end, you will have accomplished nothing. During the 4-month regression, parents are advised to do whatever they need to do to get their child to sleep.

If you’ve been swaddling your child or offering a pacifier, continue to do so. Both swaddling and pacifiers are tried and true methods for soothing babies. So, by all means, use them freely to help your little one through this first regression. Moreover, believe it or not, sound can be a useful tool for calming your little one. Research has shown that white noise can soothe fussy babies, and pink noise can help your baby fall into a deeper, more stable sleep. For parents who want to try using sound as a sleep aid, soothing sounds like white and pink noise, there is plenty to be found on www.moshikids.com.

Make sure your baby gets enough sleep

At 4-months old, your baby needs about 12- 15 hours of sleep. If frequent nighttime waking decreases the amount of sleep your child is getting and if he seems tired during the day, try to stretch out naptime. If your child is overtired at bedtime, he’ll undoubtedly be more fussy and cranky than unusual, and getting him to sleep will no doubt be more difficult.

Marked by the same disruptions in sleep, the 8-month sleep regression can start anywhere around the eight-month mark, and it can even show up as late as ten months. And just like any other sleep regression, it arises as a result of your baby’s developmental milestones and a whole new world of physicality opening up to her.

At this point in her development, your baby will be crawling and standing, and there may even be a glimmer of first steps. There’s plenty of excitement in the air, so it’s no wonder that your little one has more important things to do than sleep.

Build your baby’s tolerance for separation

Use playtime and games like “peek-a-boo” to get your baby comfortable with your absence. Show her that even when you “go away,” you’ll always come back. Short periods of separation (think minutes at a time) during the day will undoubtedly help ease her fears come bedtime.

Make an appearance during the night

When your baby wakes up during the night. It’s perfectly ok to make an appearance just to let her know that you are there when she needs you. While you should keep the interaction to a minimum and refrain from coddling, just the sight of you can help her relax enough to drift off again.

Give your child plenty of opportunities to walk, talk, and play during the day so she can tire herself out and be ready for bed when the time comes.

Stick to the schedule

While your child still needs about 11-14 hours of sleep at this stage, he or she may be ready to drop down to one nap per day. Although this is totally normal, it’s still a big change, and it can have a spillover effect, thus playing a major role in her sleep regression. It may be challenging but try to be consistent as possible when it comes to naptime and bedtime routines.

If your child is frequently waking at night, do not pick your child up or lay down with her. This sets a precedent that is terribly difficult to retract. Instead, offer her plenty of reassurance with soothing words and sounds. Let her know that you are there, maybe even stick around (somewhere in the background) until she falls asleep again.

The 18-month sleep regression bears all the hallmarks of other sleep regressions. This regression may be spurred on by separation anxiety, teething pain (canine teeth are often making their first appearance at this age), and your child’s ever-growing independence.

At this stage, your child’s desire for independence, their propensity to throw tantrums, and your sleep deprivation tend to come together to form the perfect storm for an incredibly difficult regression.

Establish a bedtime routine and stick to sleep schedules

If you haven’t established a bedtime routine, now would be a fine time to do so. Additionally, try your best not to alter your child’s napping schedule. While it might be tempting to make up for lost sleep with more naps, this can do more harm than good. Maintaining consistency on both of these fronts gives your child a much-needed sense of structure. Any deviations from their regular schedule will create routines that may work in the short run, but you’ll likely have to undo them once the regression is over.

Meet your child’s need for independence

During this regression, you can also try to involve your child as much as possible. Remember that at this age, they are actively asserting their independence. Handing over the reins with small things like picking which pajamas to wear or which bedtime story to read can go a long way towards dialing down the stress and frustration — for both of you.

By age two, your child is likely going through more profound life changes. He/She is presumably potty training at this stage, moving on from their crib to a big-kid bed, and possibly cutting molars (which can be incredibly painful). Moreover, changes in naptime, fears of the dark, and separation anxiety can also come into play. You might even find that your growing family can be a factor with this regression as well.

Offer plenty of love and reassurance

If you walk it back for a second and look closely at the root causes of this regression, you might intuitively know what to do. Because the 2-year sleep regression is rooted in change and fear, give your child plenty of attention during his/her waking hours. Even though they are fiercely asserting their independence, your child still looks to you for a sense of comfort and security. In addition to love and cuddles, be sure to talk to your child, acknowledge his fears, and reassure him that everything is ok.

When you’re exhausted and dealing with sleep regressions, your first instinct is probably to hunker down and pray for daylight. In the thick of it, it can be pretty difficult to see a sleep regression as a good thing. But the fact is sleep regressions are a really good sign that your child is progressing through their development.

They are learning and growing, and sometimes they’re pretty excited about it! So much so that they want to keep the fun going into the wee hours. The good news is that sleep regressions don’t last forever, one day, you’ll be on the other side of this, and you’ll probably look back on it and laugh.

In the meantime, as you make your way through each stage and each regression, remember that consistency is key. While it may be tempting to revert to old habits (perhaps some that you’ve already broken) or pick up new ones just to get through a few nights, try to resist the temptation so you don’t do anything that you’ll regret (and have to undo) later. Also, make sure your toddler is getting the right nutrition throughout to help them sleep – read here for more.