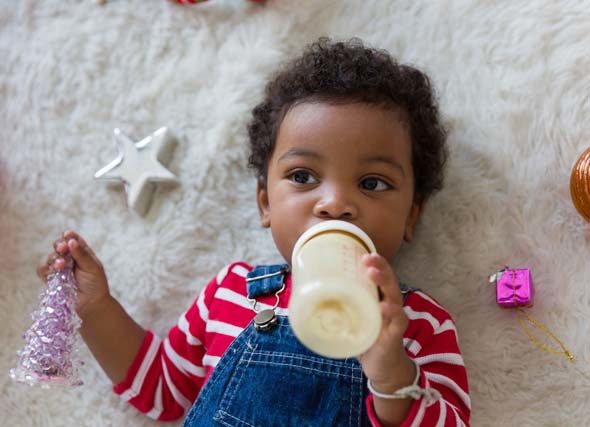 We don’t often relate bad eating to bad sleeping when it comes to toddlers (12 – 36 months).  This is considered a baby issue, yet it can have a major impact on toddlers, and can often lead to very bad habits that are difficult to change.

At Good Night we are SLEEP experts and NOT feeding experts BUT with this very intricate relationship, it is something that we can assist with or at least identify issues to ensure healthy sleeping.

From our experience, these are the major nutritional factors that can influence your toddler’s sleep:

Still drinking milk during the night

This is by far the most common nutritional issue we pick up when it comes to toddlers. This can have a large impact not only on their sleep but it can also have a domino-effect on the rest of their nutrition and health.

For healthy toddlers older than 12 months, solids (normal food) should be their main source of nutrients. Milk becomes secondary to the solids meals and should only be seen as a source of calcium and to quench their thirst. Thus it should be given with a solid meal and rather NOT as a separate meal on its own any longer. It is quite normal though for a toddler to have milk until he’s about 2 years old, especially if you have a milk lover or if you are still breastfeeding.  But limit the milk to two feeds a day, one as part of breakfast and one as part of dinner.

Sugary sweets, snacks, and juices should be avoided especially just before bedtime. When toddlers consume sugar, their blood sugar levels will increase and then drop significantly. Their tiny bodies will be hard at work to re-stabilize their blood sugar and, in doing so, will release adrenaline, a stress hormone, which can cause toddlers to experience restlessness. This, in turn, can have a major effect on their sleep.

The temptation of sugar is everywhere, but caregivers are in an influential position of introducing kids to more nutritious foods early on. The more healthy foods that toddlers start enjoying while younger, the better.

Not weaning your toddler from the bottle

Pediatricians recommend that babies be weaned from their bottles by age one, and never later than 18 months for many reasons:

The reality with toddlers is that they are emotional beings and any changes will be a lot more challenging to administer and champion, but all these changes are for good reason and they will be healthier because of it. Consistency and determination will benefit you and your toddler regarding healthy food choices.